What makes a person happier  —  seeking fulfillment through self-expression and self-promotion, or contributing to something greater than one’s self?

Most career books on finding one’s purpose in life would suggest that people will experience fulfillment only if they are pursuing their passion or finding a way to express themselves in their work. Advice ranging from “how to market yourself” to “do what you love” have been the predominant messages from the self-proclaimed experts. Millions of people in the workforce have accepted these messages as an answer to their feelings of stagnation and lack of meaning in their lives.

Do these methods of pursuing success provide the answer?

Research on “flourishing” and “human strengths and virtues” (branches within the rapidly growing field of “positive psychology”) would suggest that fulfillment and satisfaction in one’s work occurs through methods contrary to what is being espoused by the business gurus. In fact, those largely accepted methods of pursuing fulfillment in one’s work are not only wrong, but also may increase a person’s chances of experiencing depression and anxiety.

The evidence indicates that our culture’s preoccupation with “self” has caused the opposite of what was intended. People are currently less fulfilled and are more prone to experience meaninglessness in their lives and work than ever before. The National Institute of Mental Health says that we are 10 times more likely to experience an episode of major depression than those who were born before 1920. The Gallup Organization recently found that in the workforce more than 70 percent of people are languishing in their jobs.

What conditions have contributed to this epidemic? The most prolific psychology researchers agree that our culture’s “exalting the self” has swung widely out of control. The media, self-help books, and psychologists have condemned feelings of guilt and personal responsibility. These negative feelings are said to hinder one’s development and self-actualization. Institutions that impose rules, regulations, and expectations have been said to impede healthy development and personal fulfillment. Commitment has become an outdated concept that “restricts” our ability to realize our potential.

Yet these new paradigms of living are not working. The research on what contributes to true flourishing is at staggering odds with the current trends. It turns out that the best way for a person to experience fulfillment is not to make the end goal of material and prestigious success the central aim. When and individual becomes fixated with achieving success, it becomes difficult to derive pleasure through the tasks being performed. Like it or not, for most people, the tasks performed in their jobs occupy the majority of their lives. Individuals who lose themselves in their work as an end in itself will concurrently build a foundation of their sense of self and contentment. Those who cannot lose themselves in their work feel less purpose and meaning, thus developing and a more fragile sense of self. And here’s the real kicker — too much leisure leads to boredom and decreased opportunities for “vital engagement.”

What can companies and their workforce do to fix the problem?

First they need to resist the temptation to swing too widely toward either extreme:

The old school of doing business, developed in the Industrial Age, was to see people as cogs in the greater machine of production. A regimented set of tasks was designed, and it was the employees’ responsibility to adapt themselves to the tasks. Myth: All people are the same.

The new school of handling people is designed to respect individual differences and honor an individual’s unique way of doing the job. Central to this model’s philosophy is the notion that in order to tap the creativity and maximum production of people, employees need to figure out their own way to approach the job. Myth: Every job can be done however the employee wants to do it.

Neither school of business works.

Instead, organizations must carefully tailor business process for “what works” in most positions to fit with business strategy. Then they must hire people who are “wired’ to enjoy performing those tasks on a daily basis. Only then can business process be duplicated and scaled. Standards, best practices, rules, and mandates on “how we do business here” are not wrong or evil, but necessary for humans to function at their best.

Likewise, individuals should not settle for a job that is not aligned with their core capacities. They need to understand that losing themselves as they work toward producing a product or delivering a service that meets the needs of the world gives them the greatest opportunity toward fulfillment. And that kind of fulfillment is what really leads to a healthy self-esteem. 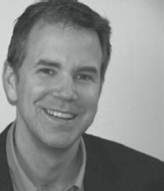 By David Mashburn
David earned his doctorate in clinical psychology in 1986. He is in private practice in Bellevue, Washington. He is also a partner in a Seattle-based company, Tidemark, a provider of workforce staffing solutions. He writes and speaks on the science of human flourishing. See his blog at workpuzzle.com.